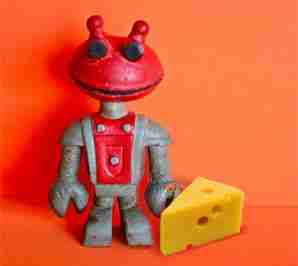 There seems to be a pattern emerging with my blogs – as they all seem to start with some episode of my childhood. So in thinking about what direction to take this one (I want it to end in a VERY happy place), I thought that I’d start with a VERY dark day from my schooldays.

True Story: Outside the dining hall was the sound of my friend playing. Inside, sitting in the darkened dining room, staring at a large bowl of mashed potatoes resplendent with lumps of mouldy cheese was me. I was eight years old and I was determined that my mouth would be the gatekeeper to my body with regard to putrid cheese. Non shall pass was my mantra! 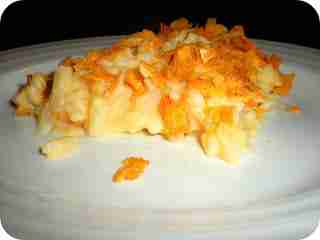 Why put kids through this?

I literally sat in the hall all afternoon, in a battle of wills with a teacher that insisted that I finish my lunch. Evidentially, we both had the minds of eight year olds, but fortunately she had the tea drinking habits of a 60 year old – and the bladder to match. Towards the end of the school day, she got up and went to relieve herself. I too got up and went to relieve my plate of congealed cheesy grot through the window and into the rose bush that bloomed outside the dining hall.

From that day onwards, I hated cooked cheese. Although I smile every time I see roses.

Well apparently it’s all to do with happiness. Bear with me, because happiness has a big role to play in the consumer psychology world too. Just like my Cheese Episode, previous experiences can have a huge influence on how particular types of consumption are perceived. As unlike the changes we make to our futures, by the actions we take in the present, the past cannot be altered. Elster et al suggest that as the past is locked and the memories, attitudes and experiences that sit there, reach out and touch our here and now. So my cheese incident, and my negative memory of it, has a direct link to my modern view of cooked cheese and my negative associations with it.

So my negative memories of the event have lead me to become a non-consumer of cooked cheese. That one lump of gastro-horror, in that dining hall all those years ago has prevented my from enjoying the whole gamut of Italian cuisine. As the memory of that one event became an obstacle to consumption.

Although it may appear to be impossible to get around these negative memories, there is some really interesting research that suggests that it might be possible to actually alter people’s memory by using ‘Autobiographical Advertising’. And yes, it’s as odd as it sounds, as it is the use of scenes that appear to show past personal experiences! So my autobiographical blog has finally reached the concept of autobiographical advertising.

Please remember as you continue to read, that it is me that doesn’t like cheese – and that these are MY memories!

As we all know, the use of nostalgia isn’t new. Holbrook (1993) suggests that when advertisers tap into pleasant childhood memories through nostalgia, along with all the positive emotions that go with them, they have a strong propensity to make you feel positive towards their brand.

HOVIS – capturing the memories of a nation!

It sounds a little odd, but evidence suggests that the nostalgia created by autobiographical advertising can make people believe that they actually had the experience they saw in an advert.

Now I’m not a fan of psychology experiments that make use of mice and rabbits, but I love this one! 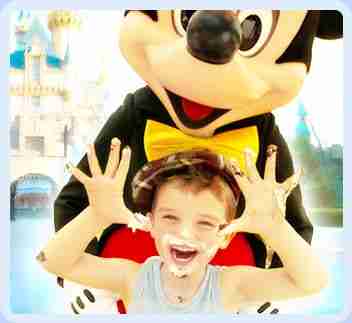 And, bearing in mind that memory is constructive, marketers can make use of autobiographical images when they want to ensure that consumers perceive certain experiences and products as favourable and having a personal relationship with the consumer.

Ok, so that all seems to be a bit of a cheat’s way to manufacture positive feelings about a service or brand. And we all know that money in itself doesn’t make you happy. However, where we choose to spend that money and how we choose to consume our purchases just might! This blog seems to be going further down the rabbit hole into the consumer psychology and advertising wonderland. But there is some compelling research to suggest that, without us really knowing, certain ways of categorising our own consumption has a significant effect on the levels of satisfaction and even happiness we feel about the product or service. In particular, I’m referring to the purchase of experiences rather than possessions.

According to Van Boven et al (2003) experiences seem to make people happier than material possessions. In an initial survey, respondents indicated that those made with the primary intention of acquiring a life experience made them happier than those intended to merely gain material goods.
In a follow-up laboratory experiment, with a significantly larger group of men and women from a mixture of cultures and socio-demographic groups, participants experienced more positive feelings after pondering an experiential purchase than after pondering a material purchase.

The discussion focuses on evidence that experiences made people happier because they are more open to positive reinterpretations, are a more meaningful part of one’s identity, and contribute more to successful social relationships. 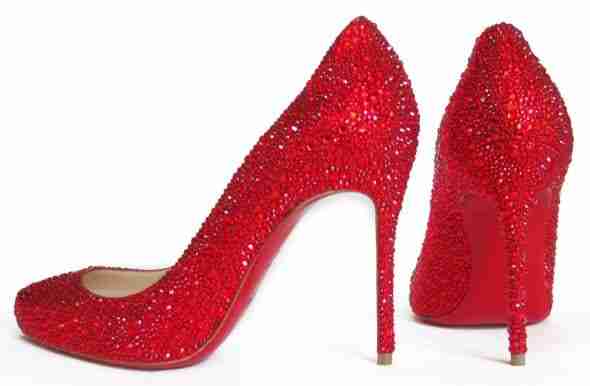 Owning them won’t necessary make you happy.
Although, studies suggest, trying them on and walking around the shop might!

Staying with Van Boven (2005), in his further studies, he suggests that there are three possible explanations why purchasing experiences make people happier than purchasing material goods. Stating that experiences are more likely to be interpreted in a positive way.

Firstly experiences provide us with retrospective pleasure, as we remember the good times. A good general example is a holiday that you have been on, where some aspect of the holiday (a boat trip, meal in a restaurant, or excursion) wasn’t what you thought it would be and failed to live up to your expectations. Although at the time you would have been disappointed, looking back on things you’re memory of the holiday experience was a good one.

Mitchell et al (1997) points towards the ‘Rosy View’ phenomenon. Although, it’s worth pointing out that the view of the roses is significantly diminished when covered in cheesy mash by an 8 year old angry schoolboy!

Mitchell et al suggest that disappointments, distractions and other negative feelings we have during participation in a particular feature of an event that fails to meet expectation tends to be short lived; and gives way to much more positive evaluations of the whole event experience.

In their recent study of 2010 Van Boven et al found that when presented with negative stereotypes of materialistic people, participants considered them to be more selfish and self-centred than experiential people. With the study also showing that the very nature of experiential pursuits was viewed as more favourable that materialistic ones.

It’s also worth noting that experiential purchases are also, usually, transacted in conjunction with another person. For example we go to restaurants, the cinema, day trips and holidays with other people. Where as, more often than not,  we buy tins of beans, sandwiches and clothes alone.

Lastly experiences are far less likely to leave us feeling disadvantaged, when we compare them to the experience of others. Where as material pursuits will always leave that possibility open. As demonstrated by a friend of mine, who was once in Monaco at the Grand Prix. He was walking around the harbour and came across Mr Abramovich’s yacht and was stunned at how magnificent and huge it was. Only to be told that there was an even bigger yacht that couldn’t make it into Monaco moored just the other side of the harbour wall. A yacht that had allegedly sent Mr Abramovich into a blue funk. So be warned, if you’re going to pursue materialistic goals, you’ll find that there’s always someone with a bigger boat than yours!

According to Schwartz (2004) most consumers also bring with them an unrealistic expectation of what material consumption will achieve; and consequently the products often fail to live up to expectations leaving the consumer feeling dissatisfied and unhappy. However, as it’s so difficult to compare experiences in the same way as we would a product we have purchased, experiential purchases are far less likely to make us feel unhappy.

Advertisers should note, that the way in which we present products could have dramatic effects upon future purchases, following our post purchase rationalisations of satisfaction. So for planes, train and cinema tickets, hotel and restaurant reservations, cars and gyms etc etc, the way we sell these things in in the first place – as an experiential rather than material purchase, will have a dramatic effect on purchasers feelings of happiness (and purchase satisfaction) and will lead to the holy grail of marketing strategy: repeat purchase and customer loyalty!

So dear reader, please remember these musings fondly – and never forget that reading them didn’t cost you a single penny.

When my academic persuits are over and I continue on life’s great adventure the Wheldon Building at Bangor University will also physically change. It will stop being the bricks and mortar that we recognise and functionally use today. 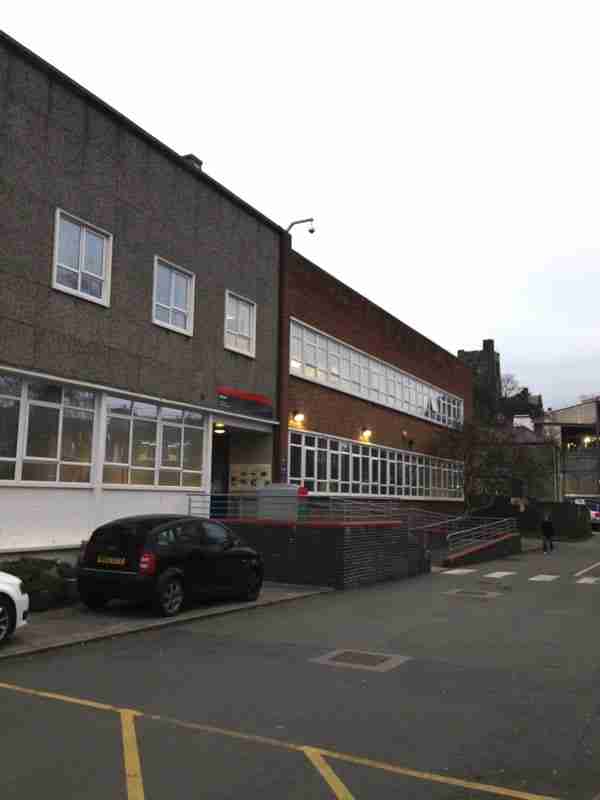 And will occupy that fond part of our memory that swims with other cherished memories and it will change before your very eyes into this: 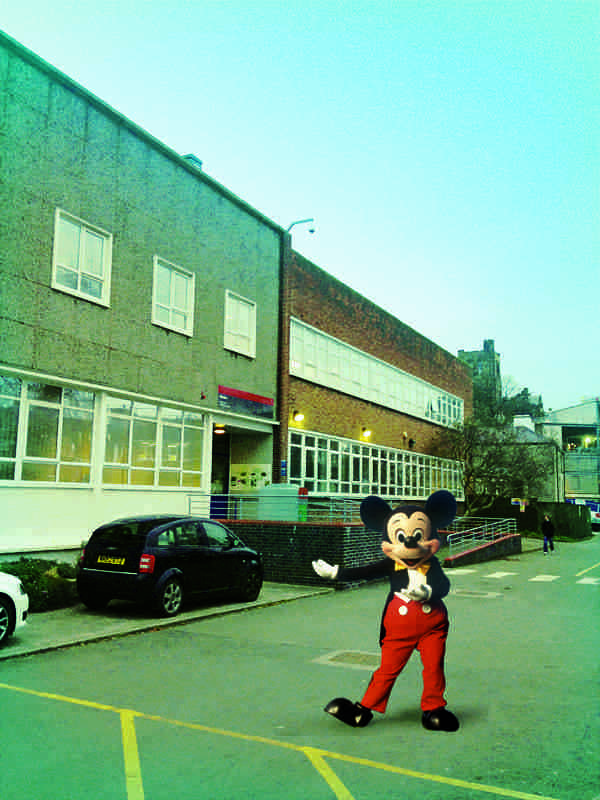 I hope that you’ve enjoyed the blog and that reading them has made you happy.

I was going to play the last post here, but thought that ended on a down, so won’t. Instead let’s combine everything I’ve written here into a happiness experiment of your own, then go and purchase tickets to see this man sing this song:

HAPPINESS – The greatest gift that Mr Dodd claims to posses – and who’s going to argue with that?!

Braun, K. A., Ellis, R. & Loftus, E. F. (2002)
Make My Memory: How Advertising Can Change Our Memories of the Past http://faculty.washington.edu/eloftus/Articles/BraunPsychMarket02.pdf