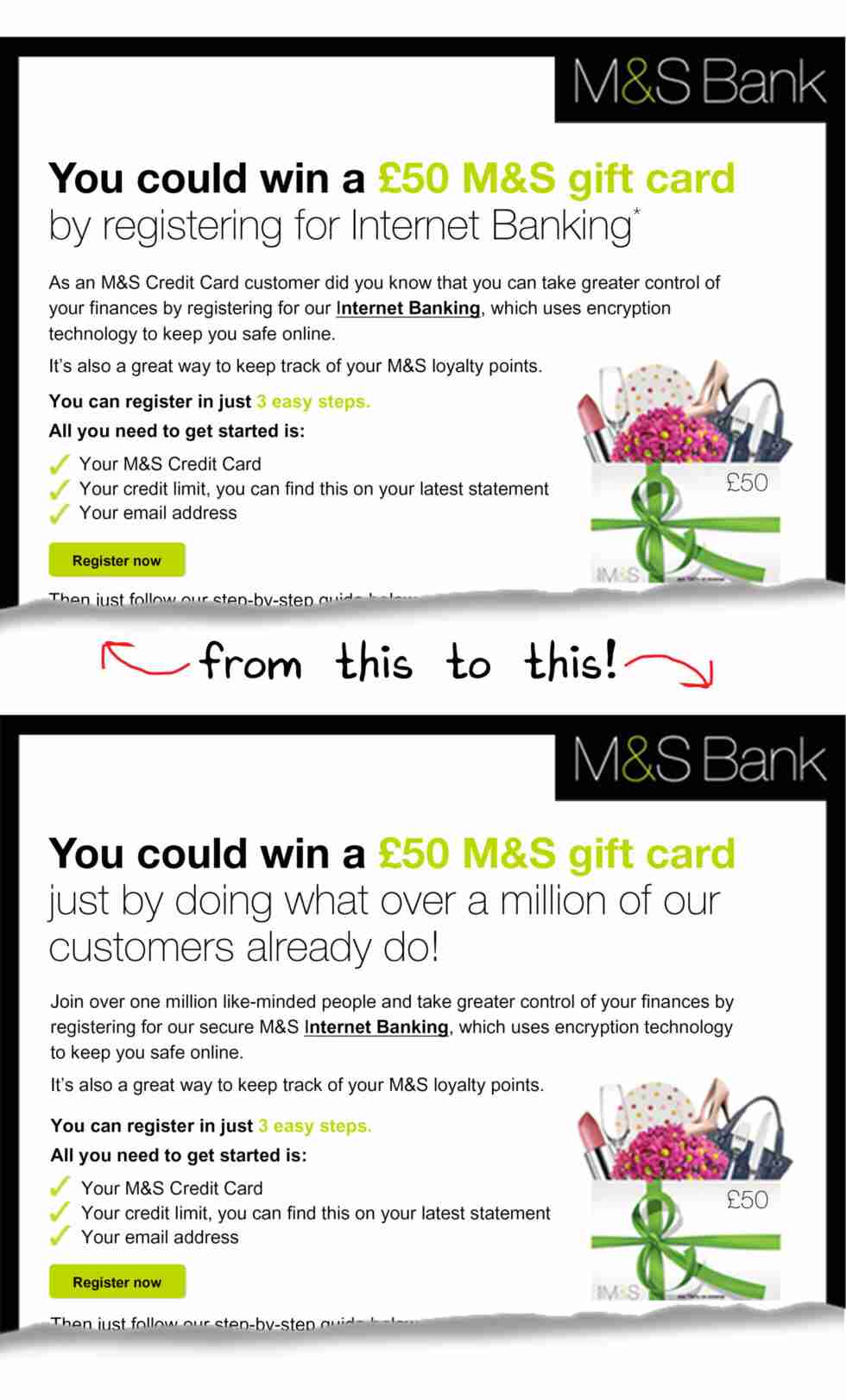 Social norms, a nudge and a 2.8% uplift in response

Here’s how I got a 2.8% uplift in response, just by changing a few words around!

A little of the same goes a long way!

A little while ago I suggested that we could prove how effective consumer psychology is with a campaign we were running with M&S Bank.

I had tens of tens of thousands of customers to write to in order to persuade them to register with internet banking.

There was an incentive, in the form of an opportunity to win a £50 M&S gift card, to help motivate customers to register. 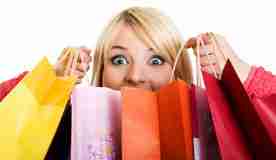 Spotting an opportunity to perform some very basic consumer psychology (about as basic as it gets to be honest), I suggested that they create a test cell for us to use a social group norm upon.

What’s a social norm and why do customers love them?

Put simply, social norms can be used to reference the behaviour of others who have a common bond with you For example, there was a study called ‘Room with a Viewpoint: Using Social Norms to Motivate Environmental Conservation in Hotels’ by psychologists Noah J. Goldstein, Robert B. Cialdini and Vladas Griskevicius who demonstrated the power of norms in nudging guests into reusing the towels that they had been supplied with.

They tested two ways of asking guests to help the environment and reduce the impact of laundering towels.

With the two different messages pointing out the towel reuse program being printed on signs on washroom towel racks.

The standard environmental message did not provide any descriptive normative information, but simply focused guests’ attention on environment:
“HELP SAVE THE ENVIRONMENT. You can show your respect for nature and help save the environment by reusing your towels during your stay.”

Then they also ran a descriptive norm message that informed guests that a majority of other guests participate in the towel reuse program:
“JOIN YOUR FELLOW GUESTS IN HELPING TO SAVE THE ENVIRONMENT. Almost 75% of guests who are asked to participate in our new resource savings program do help by using their towels more than once. You can join your fellow guests in this program to help save the environment by reusing your towels during your stay.”

As always the people who had no idea that this social normative experiment was happening, were the ones taking part in it – the guests.

But you have to love those dripping wet men and women, because 35.1% of them responded to the hotel’s simple request to help save the environment; but when presented with the social norm there was a significant increase in response and action – with 44.1% of guests reusing. 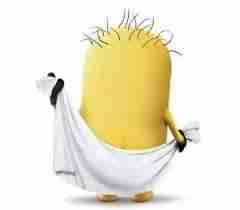 So how do you use a Social Norm?
The trick is not to over egg the norm and NOT to pick out things that create a point of difference between the target and the normative group being referenced.
The above hotel experiment started to trial other messages like “75% of guests that stayed in the room etc” – finding that responses were higher when the message was more general.

Back to our M&S Bank test
By keeping our norm broad and general:
“just by doing what over a million of our customers already do!” we were able to show a 2.8% increase in response to this M&S Bank e-mailer compared to the test cell with no social norm.

I call it Therapy and it’s getting brilliant results!

So please don’t hesitate in getting in touch, I’d love to meet you and show you how this unique approach has made a massive difference to client’s campaign figures – and what it can do for you too.