Freudian Ghostbusters, your brain – and what it really thinks about the food you eat!

Our brain is a truly amazing bit of kit.

As true as that statement is, I’m guessing as a Masters Student, I’m probably going to need to add a bit of detail.

Fine tuned over millions of years of evolution and totally ruthless in its pursuit of survival strategies – it’s amazing, remarkably elusive in our understanding of it and it is, in my opinion, deeply unpleasant to look at. However – it really is amazing.

It causes Freudians to become very excited, as they argue that it spends a great deal of its time unconsciously contemplating things that are simply too dangerous to share with the conscious mind. Think of it as crossing the streams in the Ghostbusters film. 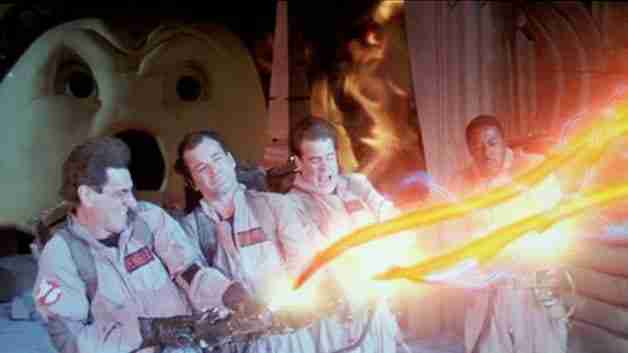 All I know right now is that mine is blogged-down in trying to write this; and I need a coffee and a KitKat! 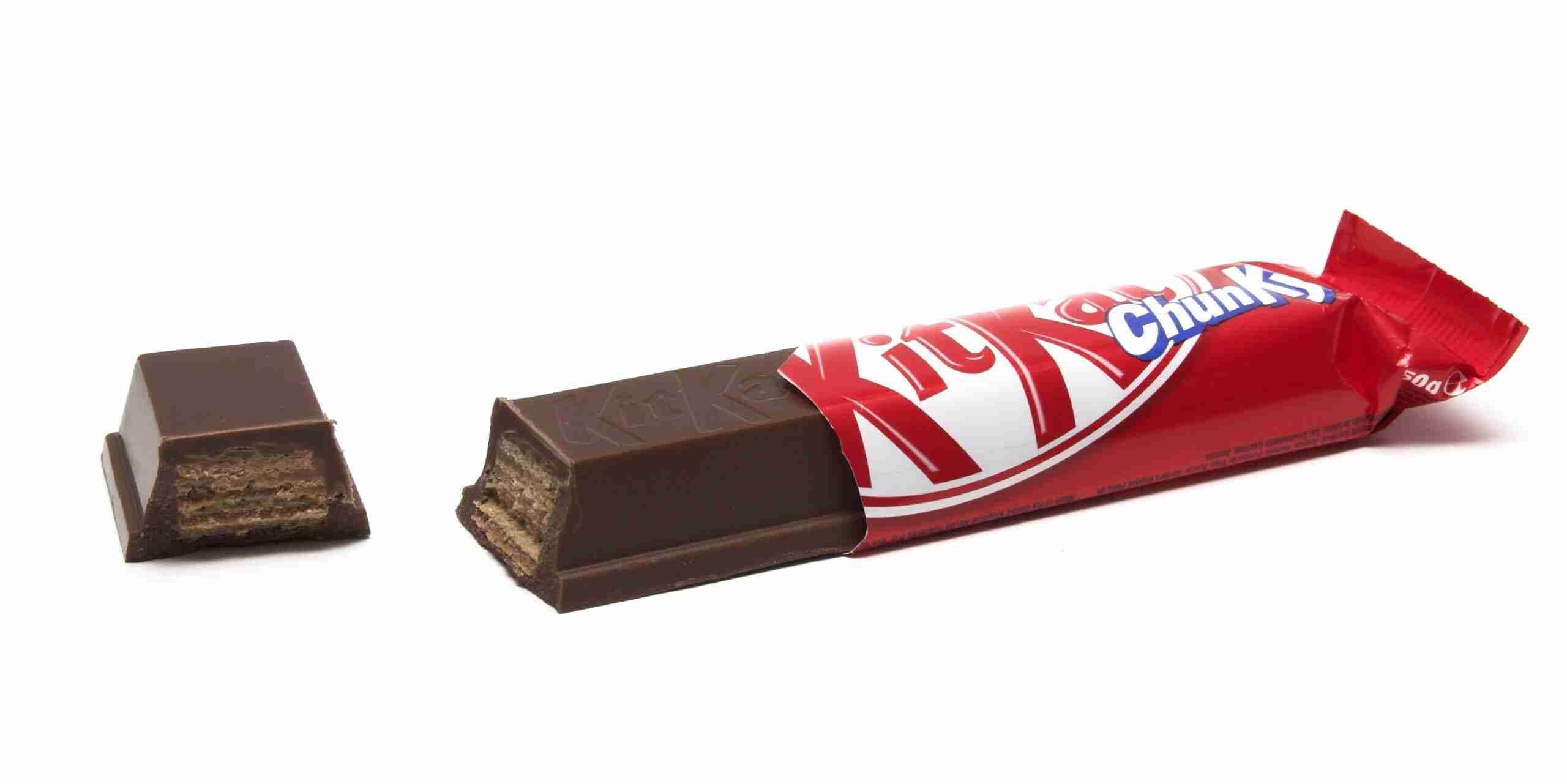 And that’s the subject of this weeks blog. KitKats. Actually, not KitKats, it’s more to do with how we nourish our brains and how that effects where millions of pounds worth of marketing budgets should be spent. But, if anyone from Nestle is reading – please feel encouraged to reward my product placement with a large box of chocolatey loveliness. 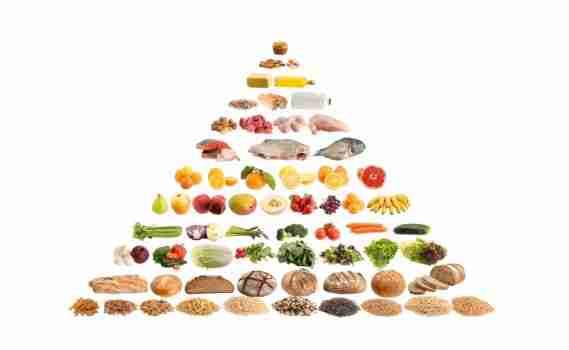 However, in some cases that can prove to be catastrophic, as it has a propensity, through evolutionary survival strategies, for foods that are high in fats and sugars.

Now this drive to seek out multiple sources of food, in order to get the nutrition we need to survive, is fantastically advantageous when we’re living in the African Savannah. However, it’s not so fabulous in the setting of the modern high street, in the 21st Century.

For many of us, we’re not burning calories up as we would on long hunting and foraging trips. But that doesn’t stop modern brands turning the tables and hunting us! As they just love the hardwiring in our brains that makes us respond so well to choice and variety – tempting us with foods that aren’t that great to eat as a long-term and regular nutritional strategy.

In fact, in a modern society, choice isn’t necessarily a good thing in terms of our consumption. Barbara J. Rolls et al (1981) measured the impact that choice has on consumption. In this case it was lunchtime sandwiches in the form of a buffet. Participants demonstrated that, given a wider choice of four filling options, they actually ate significantly more than those subjects given only a single sandwich filling option. Their results seem to indicate that our evolutionary predisposition to graze on multiple sources of nutrition is still very much active and driving our behaviour.

So……. Just to revisit our ‘Skittle Paradox’. Could this be one of the possible factors that Chocolate Skittles and their rather dull packaging failed to have a similar impact on the consumer that the coloured variety had. We’d have to see the sales figures to know if the failure was the taste (after sale), or just a lack of interest in the packaging itself (pre-sale). 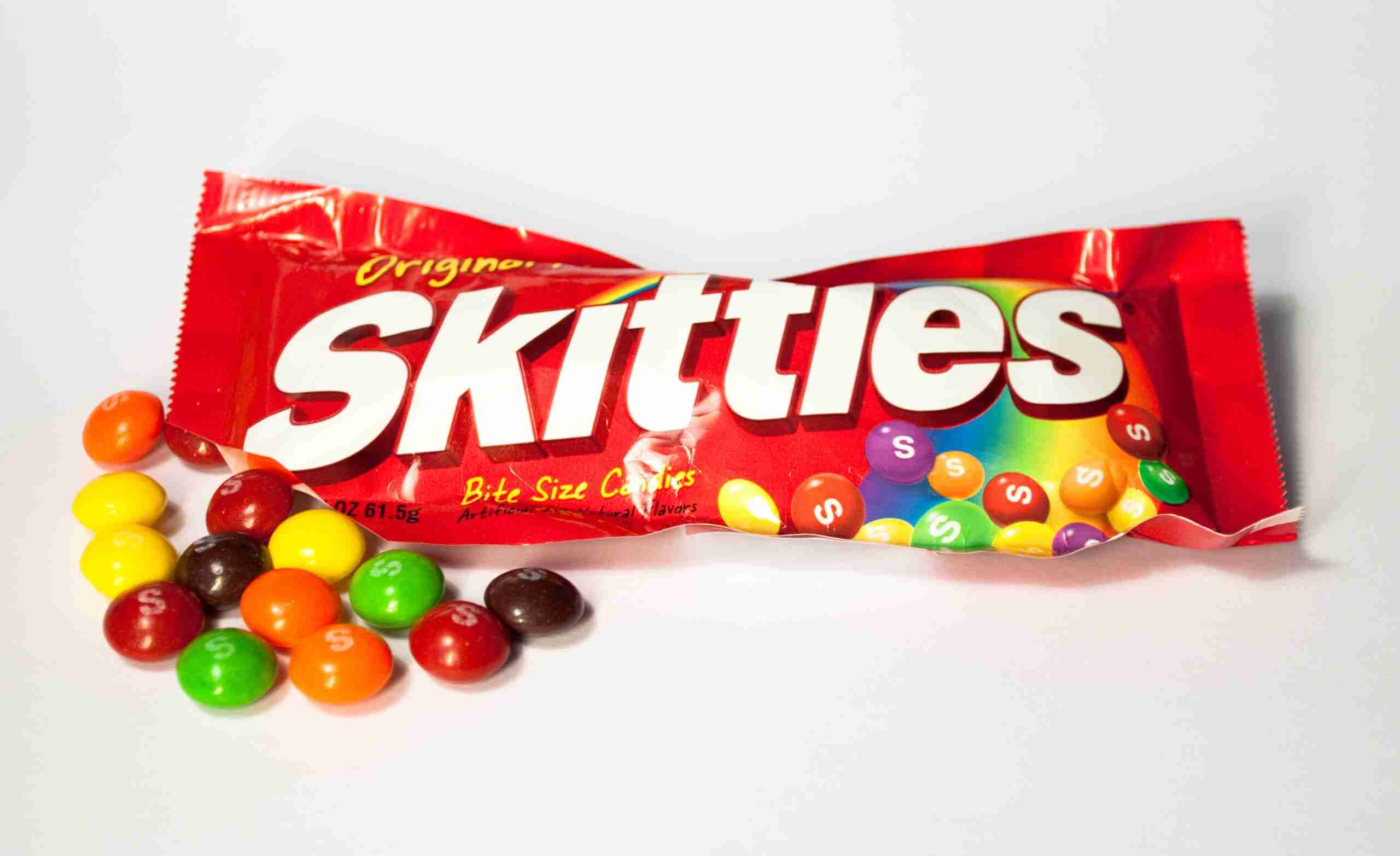 I know which one I’d pick! 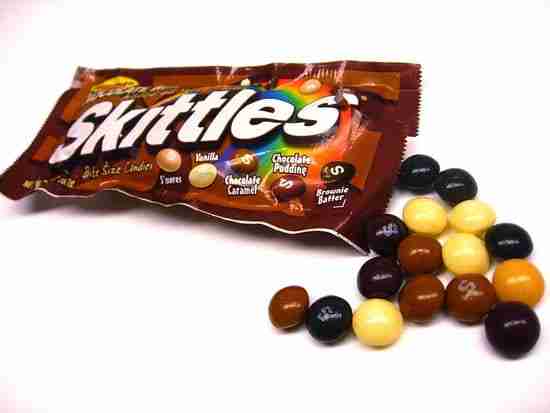 This love of bright colours in food owes something to the hardwiring in our brains, that told us that red generally means that fruit is ripe and full of sugars compared to greener unripe fruit. In fact, our ability to see colour has often been sighted as one of the many significant advantages that we may have had over rival species, during our evolution. As a species, you can imagine how advantageous the development and selection of the genetic mutation that allowed us to see in colour would have been, in picking the most nutritious fruit and berries. 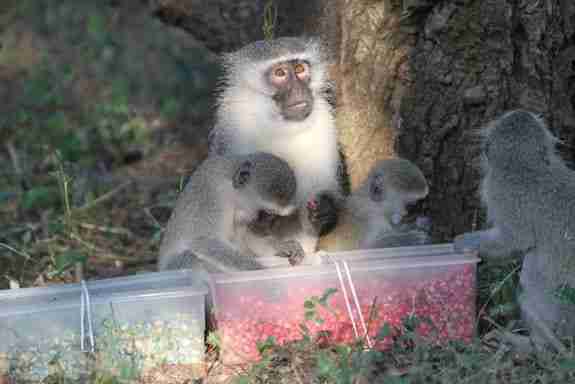 Interesting for the Chocolate Skittles packet, the rotten brown fruit colour may have had a complete reverse effect on our desires for the product, especially as we are so used to seeing and framing Skittles in a bright multi-coloured ‘fruit and sweet’ associative way. This would be compounded by the fact that Chocolate Skittles would launch in the same category and consumer mindset as Fruit Skittles; and that consumers were framing the chocolate packaging against the bright evolutionary magnetic attraction of the fruit packaging.

Although for every rule – there has to be an exception: 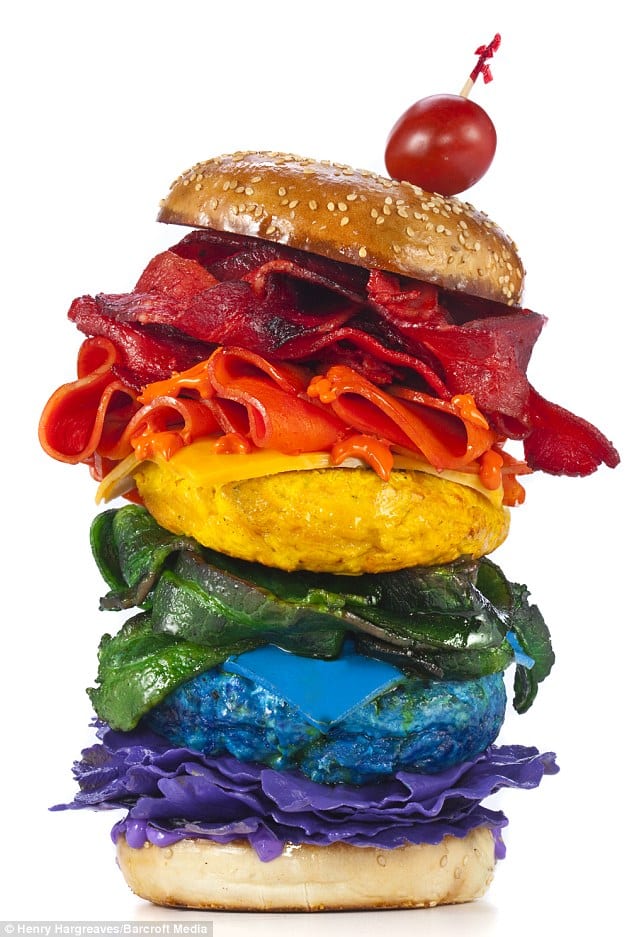 Out of category (for me)

But you see what I mean: 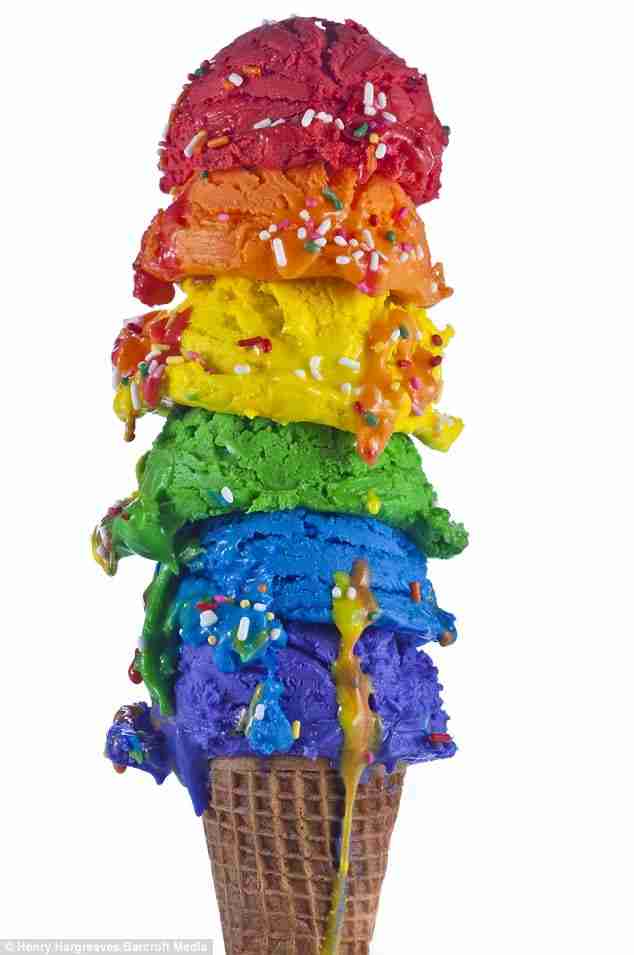 Another interesting study that follows up on the findings of Furguson’s studies around tachistoscopically presented food-relevant words, was carried out by Morris & Dolan (2001). When they found that all of their subjects taking part in the experiment showed enhanced recognition of food stimuli (relative to non-food) in the fasting state; and that satiation significantly reduced the memory advantage for food.

Studies such as this may have deep reaching effects upon media placement (especially radio and television advertising). The wider commercial implications of this for Consumer Psychology hints at the relevance of media choice.

Media buying is that part of the advertising process where the choice and subsequent booking of media takes place (TV, Radio Outdoor, Press etc). It’s usually where the lion’s share of the marketing budget is spent, as buying national TV and press campaigns can be eye-wateringly expensive.

That being the case, these kind of studies, would seem to provide evidence that spending money on radio advertising for food related products would be money well spent in the hours that we are traditionally leading up to the consumption of our daily meals. However, trying to get us consumers to think about food just after we’ve eaten would seem to be a colossal waste of marketing budget. 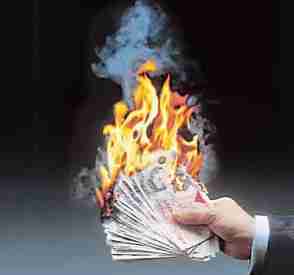 From a consumer psychology perspective, studies in sensory-specific satiety – the short-term decline in pleasure derived from consuming a specific food type, in comparison to other unconsumed foods could cast a very informative light on where companies should spend their media millions.

In a separate study Rolls et al (1981) found that liking for a particular food decreased after that food type was eaten against food types not eaten; and that, in man, satiety can be specific to the food eaten. Not only that but C Remco et al showed that we are actually more motivated to obtain other food types (in this case crisps), once we have been satiated by chocolate milk; concluding that sensory-specific satiety in humans reflects a decrease in both food liking and food wanting.

This is also interesting from a media perspective. As it seems that our hardwiring to seek out new food stuffs, once we have consumed one food type, has vast implications on how motivated we are to think about breakfast related food after midmorning. With similar lack of motivation possibly taking place as we move from one meal type to another, during our day-to-day lives.

So next time you see a cereal advert on your TV during the day, perhaps you should pay special attention. As chances are you might be the only one watching, whilst the rest of us will soak-up the information regarding tonight’s dinner options and the latest offerings in the lunchtime biscuit market.

Right, that done, I’m off for:

You decide – depending upon what time of the day you’re reading this!

The effect of motivation and word characteristics on recognition